The problematic relationship between nature and man and which is our perception of nature are topics that my work examines.

The earth our planet in an infinite universe. Where the miracle of life originated. A rare event.

In Quechua language "Pacha mama" - means, Mother Earth and it is held as a living entity.

For some time now, Nasa has launched a program that captures the sound in the earth orbit. This phenomenon is called Chorus. The inner and outer radiation belt of the earth consists mainly of high-energy protons and electrons. The course of the sounds is generated by electrons that move spirally around magnetic field lines of the Earth's radiation belts. These very low tones are about a dozen octaves deeper than the deepest actually audible tone. Because in this frequency range it hums and hums, constantly and everywhere, impossible to switch off: The source of the low tones is the earth itself. Nasa has made these sounds audible and published them. You can hear whistling, whispering and quiet roaring. All summarised "The Song of the Earth", as NASA calls it.

"Pachamamas Lied" is a multimedia installation that combines these sounds from space, a video loop over the adjacent forest of the Majolika Manufaktur in Karlsruhe, where this project has been realised, and ceramic objects inspired by our internal organs (heart, stomach, kidneys, uterus and liver).

Sounds meet and penetrate all bodies. Clay is a material that occurs naturally in the earth's crust and an optimal conductive material for tones.

In this project, we can encounter sounds that we usually cannot perceive. Intangible processes suddenly become present and point out that even if we cannot perceive everything in its entirety, it does not mean that they are not existing.

A planet that moves and sets sounds in front of it. A living entity? 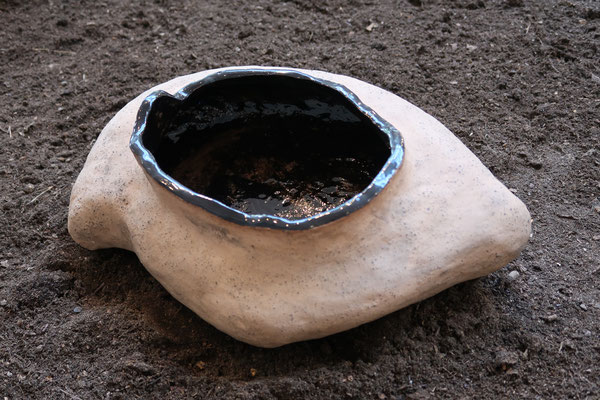 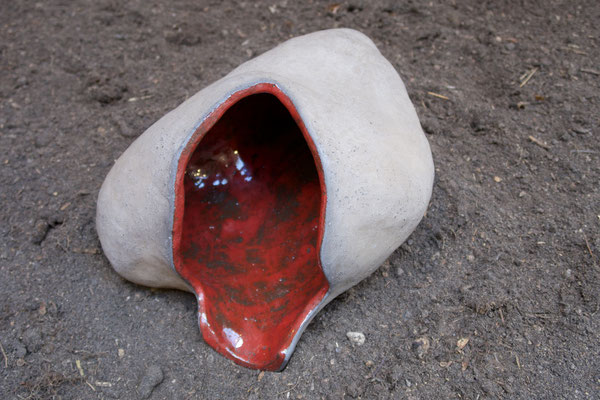 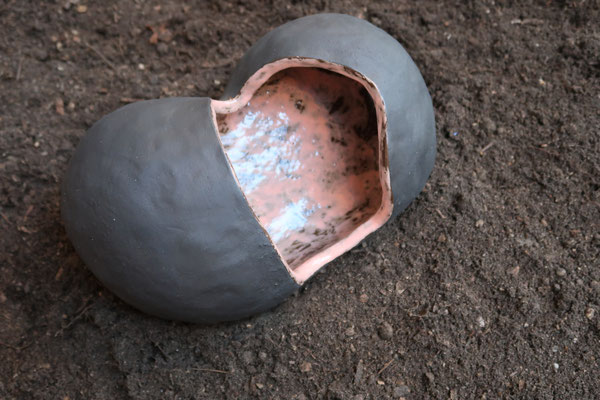 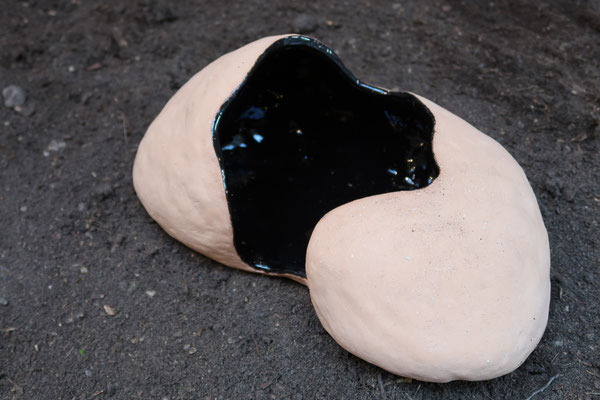 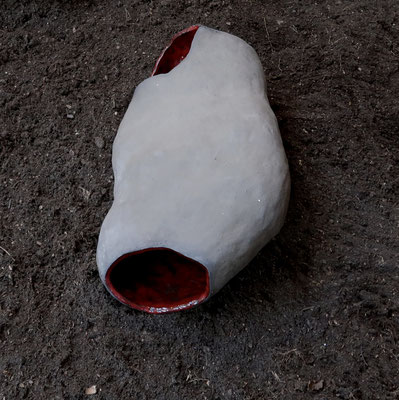 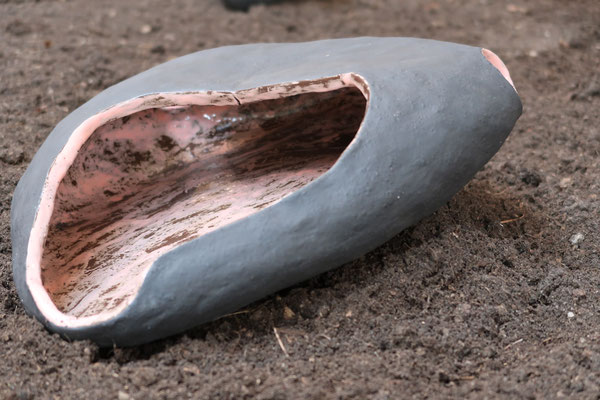